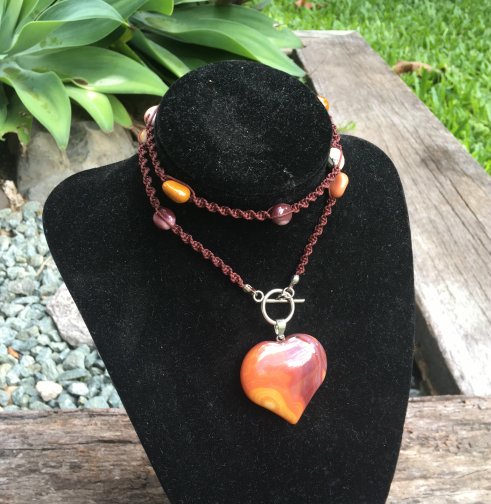 Why We Love This Tutorial:

One of the limitations of macrame is finding beads with holes big enough to fit one or more strands of cord through – but this tutorial solves that problem! It’s just a basic spiral knot (the same as a square knot, except you don’t change directions… in other words, a half square knot). But instead of using two cords as the base that we’re macrame-ing around, we use a single strand of tigertail. This allows us to use any beads we like along the length of the necklace. We’ve used some of our gorgeous gemstone pebble beads (we have just received even more crystal varieties in!), and a big feature pendant. Of course, we have many other gemstone pendants available and so many gemstone pebbles (or any other smallish gemstone bead) to choose from, so you could make whatever colour combination you like!

View all posts by admin →